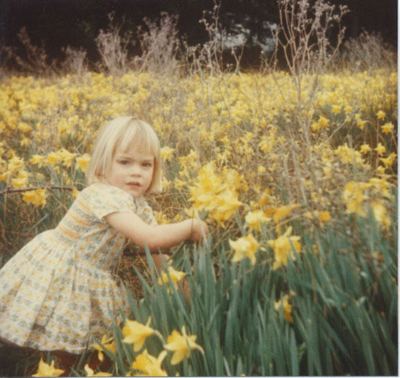 Biography: the short and long of it

When asked to fill out online profiles, I usually cop out and write the following: woman, myself, mom, wife, daughter, sister, aunt, immigrant, photographer, geek, teacher, learner, observer, and participant.

Here is more information below...

My full name is Beatrice Louise Murch. I was born in 1973 in Marin, CA. (This is just north of San Francisco.) I was four pounds at birth and screaming bloody murder. I was undernourished and coming down off the meds the doctors had pumped my mother with. My family moved to Blackberry Farm, Bolinas, CA. This quaint town is best known for not wanting to be found. The residents of Bolinas tear down any signs that the state puts up with directions to Bolinas. It is fun and harmless. Now with Google Maps and others, it's easy to find, but you can still get lost on the way.

I come from a loving family. In my immediate family, there are my brother, my two sisters (now with extra kidlett goodness) and my parents. My mother is from England and my father is from New York. They have been married for over 41 years!!!! I am very proud of them and love them very much, even though I don't always show it. Each member of my family brings something special to the world, and I just want to let the world know that I love them. {{{{hugs}}}} They also bring special nicknames. My sisters branded me with the moniker Paisleychick when I was a young tyke and it stuck. It has morphed over the years from Paisleychick to Paisley, Pais, Chick, Chicklette, and all the way back again.

A friend of mine made this awesome drawing of my nickname and I just have to share.

I lived in England twice; ages 3-4 and 10-12 (Dad's job). I was partially deaf in both ears from birth (which has now been fixed) and so I didn't speak until the age of 3. So my first language was British English. You can listen to a sample here. It's cute. When I returned home to California at age 4, I "corrected" everyone's English. I went to school in Bolinas until the eighth grade (except for England 10-12). I then attended Robert Louis Stevenson High School in Pebble Beach, CA. It is a great college prep boarding school, and so I went off to University of Pennsylvania and I was going to be a business woman at Wharton School of Business (yeah, right!). I didn't like the East Coast, nor did I like U Penn, so I came home and tried to figure out what to do. I went to school in the south of France for a year and a half. That was wayyyy coooooool!!! I spent the spring semester and the fall semester of 1993 at the Institute for American Universities in Aix-en-Provence. I then spent the spring semester of 1994 at La Sabranenque in a small village north-west of Avignon, France called Saint-Victor la Coste learning medieval masonry techniques while rebuilding castles, hermitages and other amazing ruins. I also drastically improved my french.

After that, I ended up at Willamette University in Salem, Oregon. After spending so much time in France I thought that it would be a good idea to be a French Major. The Art History came from having an excellent introductory teacher of Art History at I.A.U. I took the course in French for two semesters and I am very glad that I did. Mr. Mattei (the French Art History Prof.) did a great service to my intellectual career (whatever that may be:). (For people who love art history and french I have the perfect link! Check out the Louvre web site.) For those who love Italian and Art History, I don't have the perfect web site, but I do have the perfect place to visit: Florence, Italy. I went there for a month (May-June 1995) on a post-session class with Willamette University and had an amazing time. I love the Renaissance, and Florence is the birthplace of it all. I knew that intellectually, but until you go there, you (or at least I) don't quite get the impact of it all. I highly recommend it. (Back to my intellectual career) The Math minor came from my being very weird and loving math. I was always good at it in high school. The classes at University were no walk in the park, but they challeneged my mind and there's nothing I love better.

I lived in San Francisco for seven years. It is a great city and I love the Bay Area. Even though I have moved around a lot, I do consider myself a native, not only of California, but especially of the Bay Area. The city is a microcosm not only of California, nor merely of the United States, but also the world in a sense, but our politics are a little left of center. I am not blind to the faults of this city, nor her beauties, but after having travelled quite a bit, I chose this place to be my home for a while. In 2006, I left San Francisco for South America and after traveling to Ecuador, Peru, Venezuela, Argentina, Uruguay and Chile, ended up in Buenos Aires, Argentina. It's an amazing city with lots to offer, great people and a crazy life. I live in 'Casa Chile' with my love, Santiago, our young son David, and our heard of animals: three tuxedo cats - Hermanito, Pica and Sylvester, and Lassi the dog.

One thing I like to do is stand up for what I think are good causes. In 1992 I went to Washington D.C. for a rally held by N.O.W. and in 1996 I went to the rally held in San Francisco. In July of 1997 I participated in AIDSWALK SF. In 1998 and 2000, at the end of May and the beginning of June, I rode from San Francisco to Los Angeles with the California AIDS Ride. It was a blast and an incredible, exhilerating, exhausting, wonderful experience and we raised a whole chunk of money: $9.5 million (1998) $11 million (2000) smackers!! Here are a few pictures for you to look at. I cannot tell you how wonderful it was. It is SO life affirming, and everyone is so nice to each other. It is quite a shock going from that world back out into the "real" world.

Currently, as an immigrant from the USA living in Argentina, I am making my voice heard in protest against the Trump Administration by organizing with other ex-patriots calling our Congresspeople, holding rallies at the US Embassy and giving each other support.

In my past professional life, I found a path in the nonpprofit sector. I worked for various nonprofit organizations in a one administrative role or another. My last job was working for the Internet Archive. My previous job was at FACT Services Co., a foundation dedicated to social justice in the United States and in France. Prior to FACT, I worked for Project Fit America a nonprofit charity dedicated to getting American kids fit. I like being able to sleep at night and having a clear conscience, and this line of work seems to make that happen rather easily. In the spring of 2006, the ex-husband and I left our jobs and packed up our apartment into storage and drove around the United States of America and a bit of Canada in a 1982 Volkswagen Vanagon affectionally called, "Magic Bus". In July 2006 we took off for Latin America to explore the world around us a bit and learn some Spanish. We settled in Buenos Aires, Argentina and I developed my photography skills and tools and am persuing this passion here in Argentina.